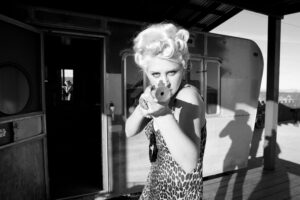 Hailing from Joshua Tree, California, and dubbed the Queen of the Hi-Desert, Jesika von Rabbit serves up an Electronic Psychedelic Pop Explosion, and her live shows deliver sonic thunder with a dose of Wonka-esque eye candy, complete with choreographed costumed dancers.

The Jesika von Rabbit band recently co-headlined an anti-poaching benefit festival with Jesse Hughes who co-stars in her upcoming western-themed music video, an updated cover of the ‘80s pop hit, “I Want to Be A Cowboy”, featuring Rancho de la Luna’s Dave Catching on guitar, to be released in the fall of 2021.

Von Rabbit was also invited to appear in a Billy Gibbons video, “My Lucky Card”, filmed at Pappy and Harriet’s and released in May 2021.

Von Rabbit, the former leader of hi-desert trailblazers Gram Rabbit, was recently featured on the cover of the prestigious Palm Springs Life magazine. She has toured sold-out theaters nationally with Eagles of Death Metal, was a regular performer at the yearly Cracker/Camper van Beethoven Campout Festival, performed twice on the main stage at San Francisco’s Gay Pride Fest, has performed at Desert Daze, and has shared the stage with a diverse roster of acts including Wanda Jackson, Cat Power, and Crystal Method. Dubbed 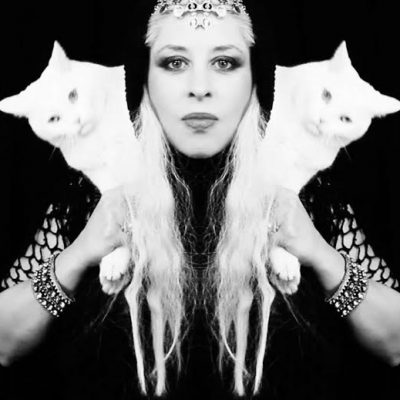