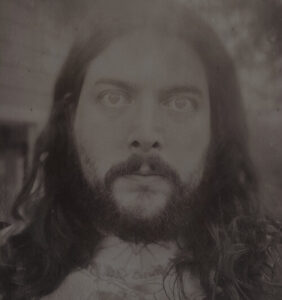 Danny Kiranos, better known to the masses as his musical counterpart Amigo The Devil, has been challenging the expectations of traditional folk, country music purists, and rock/extreme metal fans alike with his morbid, yet oddly romantic, take on folk that has amassed a dedicated and cult like fan-base. Despite being armed with only his vocals and a banjo/acoustic guitar, the live show is worlds away from what people expect of a folk show. Loaded with sing-alongs and an unsuspecting dose of humor to make otherwise grim topics accessible for fans of every genre, the songs remain deeply rooted in the tradition of story-telling that seems to be slipping away from the human condition.

Kiranos, who grew up in Miami in a multicultural household but now lives in Austin, decamped to Dallas to record the newest album, Born Against, at the venerable Modern Electric Studio with Beau Bedford (Texas Gentlemen). This marked the first time Kiranos had explored some of the world music he’d had long loved, including Eastern European folk and Australian country (“It has such an amazing sound to it,” he says of the honky-tonk of Down Under. “The rhythms are so dry and brutal.”) Kiranos felt Bedford was the only producer who could draw those sounds out of him. Together they entered the studio with merely the skeletons of the songs Kiranos had written. One by one, they fleshed them out in wildly inventive fashion. To say they threw the kitchen sink at this album would be an understatement; these guys threw the whole damn shack. From plucking the strings on the back of the piano to dropping heavy objects on the floor to create odd-sounding crashes, clicks and clacks, Kiranos doesn’t deny there was a bit of Rain Dogs-era Tom Waits worship involved. 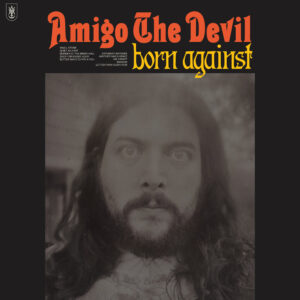 “Amigo the Devil, aka Danny Kiranos, has become one of Americana’s rising acts

thanks to his brand of entertaining narrative songwriting.”

Kiranos pushing himself lyrically and vocally, but quieting down his musical attack to let his stories land with full force.”

” Listed on the 30 Most Anticipated Albums of 2021. Amigo the Devil, aka Danny Kiranos, has become one of

“Simply put, Amigo The Devil has created another entertaining, yet moving album for lovers of all music.”

it stakes an early birthright for the year’s best-of lists, reinforcing the adage that the devil truly does have all the best songs”

“This album is already cemented in my list of the best albums of 2021 and will stay with me for a very long time.” 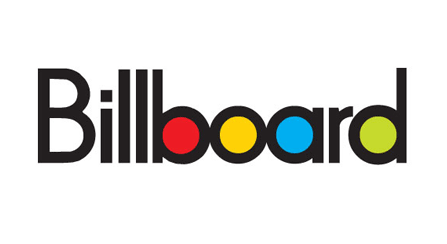